When Hugh Hefner died I rolled my eyes. I automatically pre-empted how many people (ok, mainly men) would bore me that day with strange grief for someone they never met, with misplaced respect, tedious jokes, and flimsy validation of a dubious man. How many male friends would make me sigh deeply with their throwaway laddishness in the name of an easy joke, or more worryingly, because in their eyes Hugh Hefner represented true male ideals that ‘ordinary men’ simply couldn’t get away with. This was their day to say it.

This vague dread wasn’t the cause of me deleting Facebook from my phone that day, I’d been thinking of doing it for a while, but it was a really good day to make the cut. Delete. Breathe. Stop wanting to throw things at people.

But it would have taken moving to Mars to remain oblivious to the outpourings of post-humous bilge about the man. I get that he did some admirable things; that he single-handedly built a magazine from his kitchen table, went on to employ some of the finest writers in America, offered a platform to the under-represented, interviews with Martin Luther King and Malcolm X, that he used the Playboy to make some bold stands for civil rights. Great. I wholeheartedly believe that he thought all these things were important. But also, deflection is a powerful thing. What does a magician do when he doesn’t want you to see something? The bad things, the mechanics, the truth? He directs your attention elsewhere. I’m not saying the positive aspects of his character were a trick, but let’s not all be bunnies in the magician’s hat; playing our submissive part in a big man’s grand illusion. Hugh Hefner is responsible for a lot of bad stuff; a list of crimes against women and their far-reaching consequences too long to go into here. Just because he was a stand-up guy to the injustices perpetrated on black people does not mean he did not systematically reduce women to graded cuts of meat.

Rolling her eyes at Hefner does not make a woman a prude either. I’ll fly the flag for sexual liberation alongside any bawd or bunny. I know that our sexual mores are as varied as our tastes for food, for leisure, for music, for clothes, for all the other pleasurable things in life. And of course those girls wanted to be there; they wanted to live in the Hef’s bunny hutch. But in that sentence is part of the problem. Our instinct is to call them girls. Not women. Their entry into the Playboy bunny world of “privilege” (and it was a kind of privilege, luxury-wise and self-attainment wise; it could not have been an easy job to get there, nor to stay there) came with the condition that they be willingly infantilised and homogenised. They were little more than teenage daughters; they had to ask for their allowance; they had a bedtime curfew of 9pm. They adhered to a way of looking (the same as each other and countless others before them) and acting (a lot of their own personality must have got left at the door along with any flat shoes).  I’m guessing they weren’t allowed gentlemen callers or meaningful relationships unless they were green-lighted by Hefner himself, who considered their amorous attentions best turned to himself, or on occasion to like-minded (and like-moneyed) friends who attended his parties. These women were treated like girls. And I even get that. I get the female desire to be looked after; I even get, though would not want for myself, that sugar daddy thing. Our base infant drive for our needs and desires to be met don’t end when we grow up and leave home, they move with us into the adult realm and hide themselves in all sorts of chaotic mysterious behaviours. I get why a lot of men openly or secretly think he’s the total fucking don of all life. Most men want to feel like gods. They want to feel attractive, powerful, desired, virile. A lot of them don’t; aren’t. The lure of unquestioning constant praise, attention, and gratification is strong. I get it.

People are complicated creatures. We can never reduce them to a bottom line or a few convenient bulletpoints that lay the case of their entire being to satisfying rest in one article.

Hugh Hefner was a man to be admired and respected as well as questioned, suspected, vilified, maybe even pitied – we don’t know what lurking sadness or insecurities drove his subconcious or shaped his way of life. I think I might even have liked him in certain scenarios; chatting on a sofa about writing maybe, if not observing him on a kingsize with his medically engorged penis and saggy-mouthed geriatric air of expectation.

But how I love the boys and men who said things about Hefner that didn’t make my legs clamp, my brain die and my heart sink. Who barely blinked when they heard that he was dead. They are the real rich men, in my eyes. 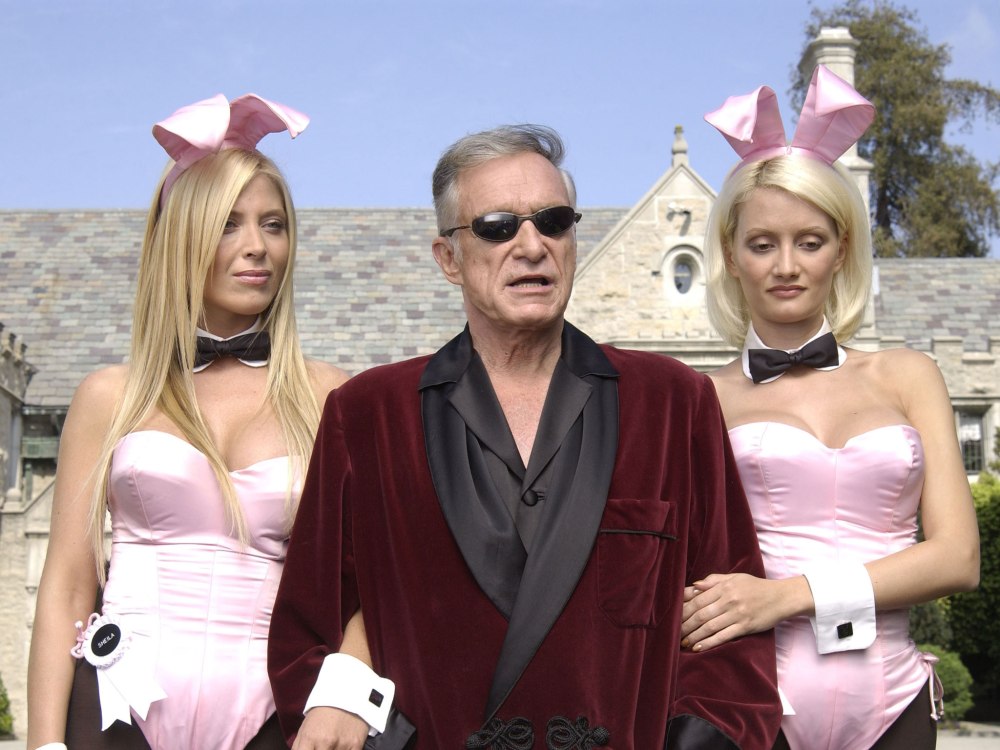