I feel a little sick. I have that same clammy pallor in my cheeks that marked the few hours, nay – days, after the referendum. I’d cast my Remain vote early that morning then skipped off to Oxford to do my play Pramkicker. I didn’t for one moment believe that the result would be what it was. My naive brain felt utterly convinced that sense would prevail, that the vote would be in favour of staying. That ultimately we’d be alright.

Later that night I sat in the back of the car on the way home reading the BBC newsfeed on my phone and felt my certainty that everything would be ok slip, in slow motion, like a cake inching off a plate. Then, as the cake dropped, as it broke apart from the force of the fall, its neat layers spinning out into comet-like crumbs, scorching the earth, panic set in.

I have that same grumble in my gut now over the Presidential election. As we go to sleep tonight, the process will have started. When we wake, the results will be streaming in from 50 very disparate states. There will be heavy indications of what the overall result will be. There will be exit polls. And at some point we will know. We will see the true voice of America, the clamouring noise of all those silent voters who really swing it. We will at some point see which way the world may change.

I’ve just had a lovely email, from an American director who wants to put my play Pramkicker on in Washington DC. After the initial disbelief – “are you sure you’ve got the right play? Are you sure you mean my Pramkicker, not another one?” I permitted myself a rush of excitement. Not only because anyone wanting to perform something you’ve written is a pretty amazing feeling, but because I was excited about the place itself. Washington DC. The Capital of the United States of America. Home of the White House and the Obamas. I can’t not think of Washington without thinking of that scene in Mr Smith Goes to Washington where Jimmy Stewart stands for hours trying not to fall asleep defending All Things Good. That scene makes me cry like a baby.

I tried to imagine my little play, being spoken aloud over there. The rush through my joy veins was heady and scary and beautiful.

I kept rereading the email. Particularly I kept rereading the lines “Assuming we still have a country in November 2017 and have not been overrun with rifle-wielding pussy-grabbing misogynistic lunatics, that is the projected date for production of the play. We are excited to be bringing this to the USA! Which will be run I am sure (crosses everything) at that point by our first female President. Heck – maybe we will send her an invite?”

Some tiny part of me allowed myself the ludicrous image of Hillary Clinton having a night off and going to the theatre, sitting in the front row at the US premiere of my silly sweary play surrounded by men in black, clapping til her hands ache a bit and then buying some merch. I think such a ridiculous fantasy may be permitted for thirty seconds at least. But then my Washington DC fantasy dematerialised in my head as I realised how little formed 2017 could really be in our minds. How much could happen in that year, will happen, between the election and when I get to hear my play done with an American accent. I will fly out to see it, if it really happens, because it might be my only chance to hear words I’ve written spoken on the other side of the pond. It will be a big big thing in my little life.

But what kind of a world it will be. Who will be at the helm of the ship, and will it feel like it’s soaring or sinking.

I feel sick tonight, and I feel naive for the sense of impending doom that has gripped me. Because I know we’ll be ok, because we always are, because things always pass and change and dark ages give way to light and dark people make way for, are pushed aside for, those who’ve been holding the lanterns all the way, steering things from the back. It is the way of things, even though the routes may be circuitous. The bad exists to shape the good. The good bends around it, the good is versatile, it is resourceful, and it is patient. We bend, we dodge, we shift, we leap over, we fly. We need the wrongs to teach us the right. We learn, we accomplish. We respect, we love. We’ll be alright. But tonight is another thing. Tonight is the sick bowl and the bottle. Tonight is a night for holding hands.

Here’s a bit from Mr Smith Goes To Washington that made me love Jimmy Stewart even more than I already did, and he had already won my heart forever in It’s A Wonderful Life…

“Just get up off the ground, that’s all I ask. Get up there with that lady that’s on top of this Capitol dome, that lady that stands for Liberty. Take a look at this country through her eyes if you really want to see something. And you won’t just see scenery; you’ll see the whole parade of what Man’s carved out for himself, after centuries of fighting. Fighting for something better than just jungle law, fighting so’s he can stand on his own two feet, free and decent, like he was created, no matter what his race, color, or creed. That’s what you’d see. There’s no place out there for graft, or greed, or lies, or compromise with human liberties. And, uh, if that’s what the grown ups have done with this world that was given to them, then we’d better get those boys’ camps started fast and see what the kids can do. And it’s not too late, because this country is bigger than the Taylor’s, or you, or me, or anything else. Great principles don’t get lost once they come to light. They’re right here; you just have to see them again.” 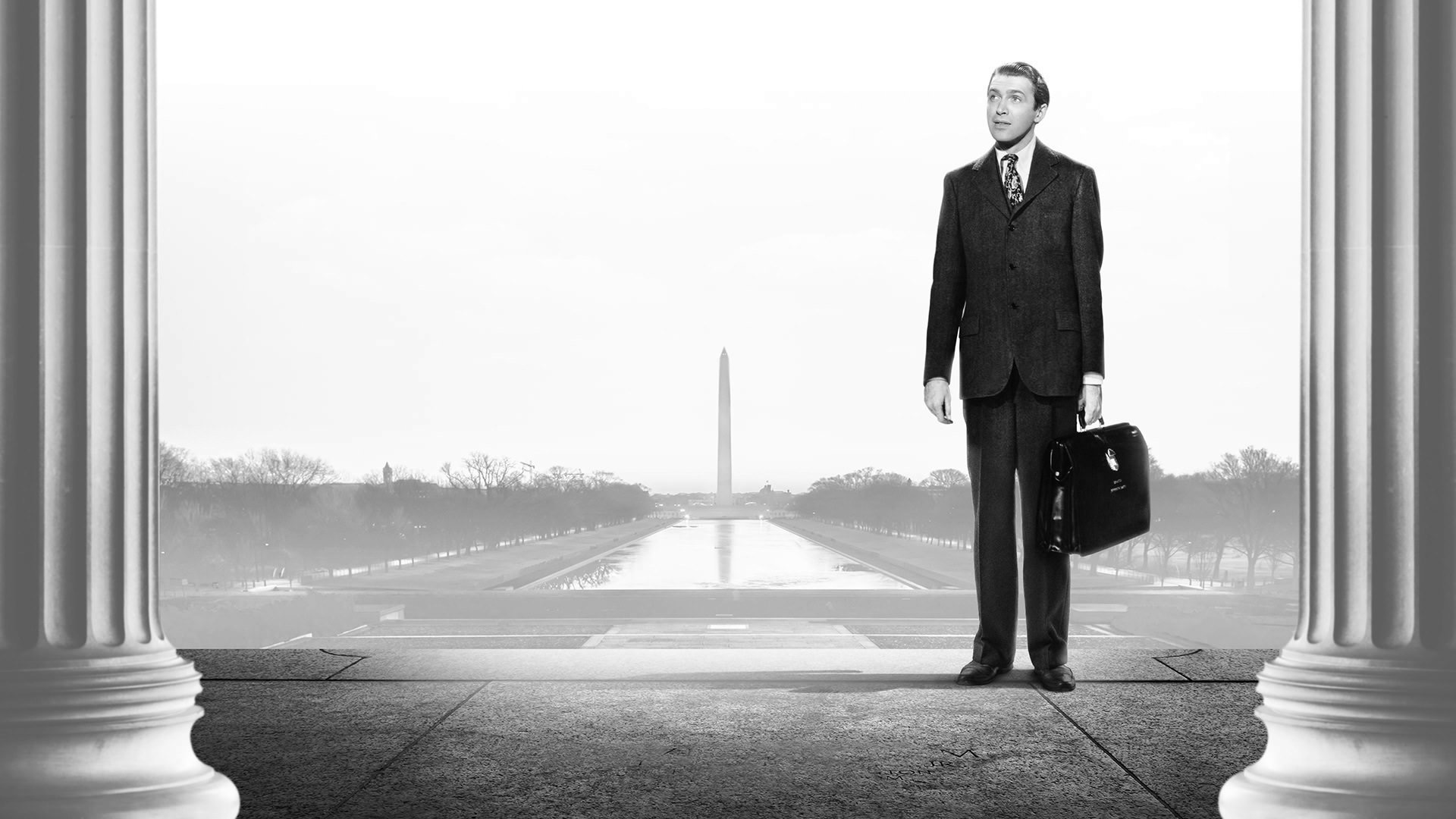 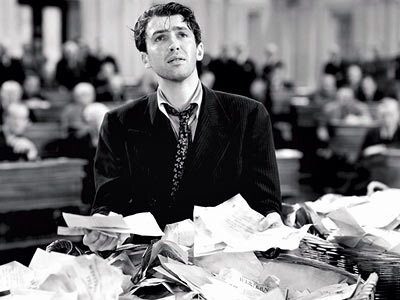