I wore my glasses to see it better

but there are sea mists today

as it should be.

We can barely see the great chimney –

tallest man in any room –

our changing estuary did not feel like putting on a show.

while the small patch set aside for devastation pulled tight

the crematorium curtains should be pulled before the smoke.

A late blow shakes the sky.

Speaks up for the river,

of hundreds of years of man’s wars and progressions and explosions,

dredges up the voices of the silent hulks teeming with weeds & fish & lost trinkets & buried time.

The ghosts shriek together and then are silent.

Rubble to be settled

and moved by machines by men who want it gone.

A train runs to time.

Dogs turn their noses up to the drift blow and close their eyes.

‘not more to see in an otherwise clear sky’.

Schoolchildren on a day trip to see destruction,

who will forget they ever came,

clamber back up the hill,

their minds not even on what will be constructed there next.

This was never theirs.

Voyeurs of a part of us, 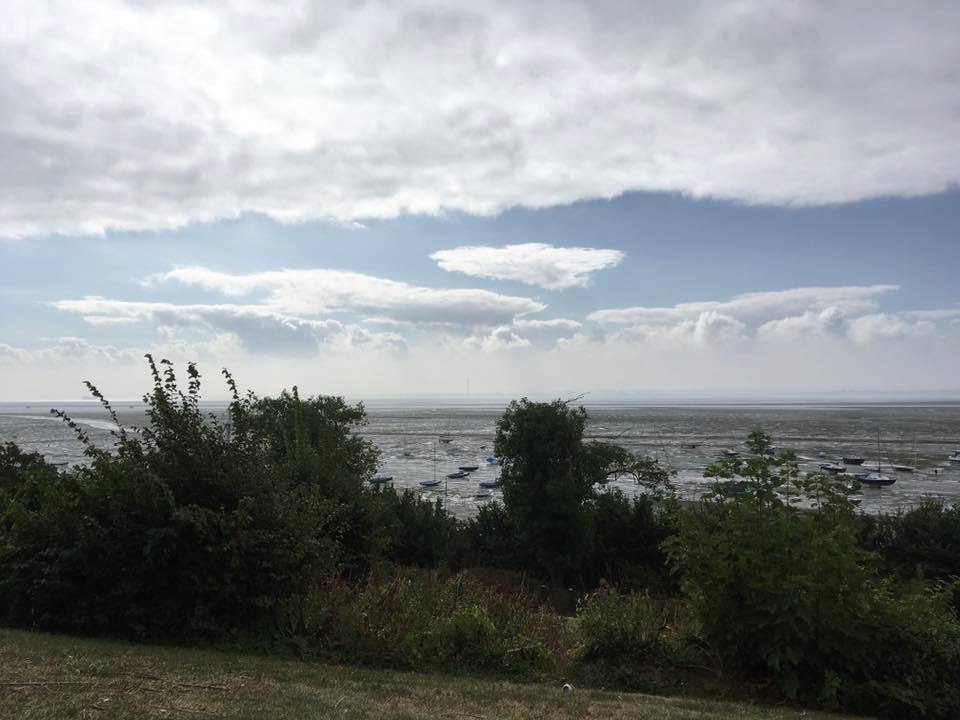