I had a terribly cultured weekend. This was not due to me being terribly cultured in general – that is a label saved for people better than I – but simply because I got off my typing-til-I-twitch toosh and said yes to stuff. I am not a great goer to things. I either find myself “too busy” or too forgetful, only remembering an event is on afterwards when I hear people talking about how great it was.

But this weekend there was a constellation of stuff I wanted to make the effort for, and the condensed calendar splurge gave me an almost commando roll burst of energy. I was all “You can do this, Hasler.” I was like an action hero of Saying Yes, a streak-faced marine of administrative planning – mapping out where I had to be and when, so I could make it all happen. For once, useless forgetful twit Hasler was going to Go To The Things.

And I did. I made it to most of the things. And I didn’t fall over and I didn’t spill anything and I didn’t accidentally call someone’s new wife by the old wife’s name, like the last time I decided to be a social butterfly. I would have been way less dangerous in the times when divorce was heavily discouraged, let me tell you. I can do one wife’s name. But two is asking a lot of me. Put the effort in, guys. Marriage is supposed to be for life, not just for a cocktail party.

I made it to the newspaper launch and the rock gig. I made it to the exhibition launch and the pub and the other exhibition launch. I made it to the theatre. I only missed one event, which was a party, and that was only because I was being polite and didn’t want to rock up at 1am with a bag of Doritos while they were stacking the dishwasher in their dressing gowns. So I don’t count it as a fail. I count that as a win for not being the kind of idiot who turns up with snacks when the hosts are listening to Radio 4 and talking about how great all their punctual friends are.

While all the events were great in their own way, one really stole my heart for the weekend. The first event I made it to. On Friday I went to see an ex pupil and now colleague of mine, Paige, read a piece she’d written about Wild Swimming at the Trawler magazine launch. She had been very nervous, but had no need to be. She was brilliant – calm and engaging and delightful. The kind of person who not only commands admiration, but who inspires love. Even if you’ve only known her for five minutes. Paige spoke about finding herself in a landlocked Midlands town for University, then of returning home to the sea. I sympathised. Coming back from Uni was the thing that made me fall in love with my town again, a love that is still strong enough to keep me here, even when London beckons. Perhaps it was due to the wine, but I felt a little teary rush go through me watching her speak. For her nerves and her victory, for her thoughts and her experience, for the age she was, the age she is, the ages she will be, for all that awaits her. I remembered her little face from school as I watched the beauty she has grown into. Boom. There it was. The memory, again. Those girls I taught kept me sane when Dad went. Here one of them is, years later. In my life again. And here I will be for her, if she needs. Even if it’s just to ply her with just the sensible amount of confidence-bestowing booze before she gets on stage to do stuff. Doing stuff is good. 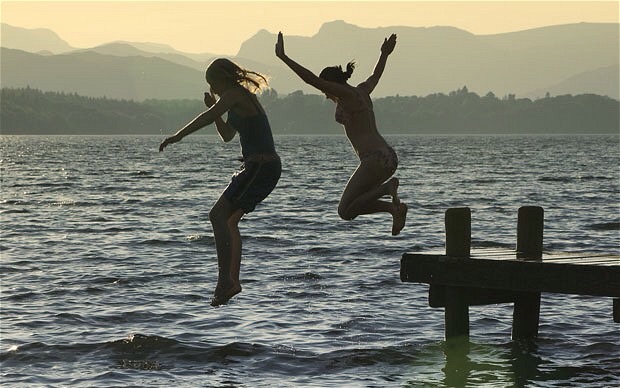