I’ve been walking through my old neighbourhood quite a lot to get to my sister’s. The most direct route from the bookshop is straight through town, cutting over the intricate death lanes of the bus station where I quite often almost meet my end in front of the number 27. Then there’s the gaggle of drunks who huddle in wonks at all hours with their plastic bags of tins. I see no reason to take a detour. They don’t look at me and I don’t look at them. But I see them. They seem happy enough. They settle there in rowdy bliss like scholars of Ancient Greece arguing on the steps of the Acropolis, bowing to the wisdom of Socrates, who in this case is a swarthy six pack of Tenants Super.
I carry on past a sort of mini China town – a restaurant with glazed ducks in the window, a shop of with hand-scrawled Chinese characters on fluorescent cards promising to herbally cure all your ills from bad backs to halitosis and low libido, and a tiny old chiropractors who I’ve heard tell will snap you to within an inch of your feeble life but always undercharge.
I carry on a straight line down ‘the dodgy road’, which is famed in local lore as a hotspot for ladies of the night. The roads get worse here before they peel away into clean-gardened suburbia, and people tell me not to walk this way, but I like it all. People live here, just like anywhere else. I don’t believe in snobbery; we’re all our own kinds of mess behind our own walls. And I’ve never believed this road quite deserves its shady reputation. I’ve never seen any obvious shenanigans.
But then there she is. Standing on a patch of street that smells of drains and chicken bones.

She must be ‘one’. One of those ladies. Kicking her feet between the wall and the streetlight. Wall to lamp and back, flicking her eyes around her. One meter to the left or right she would have been lit by the full bright moon but instead has chosen the yellow umbrella of streetlight. Has chosen the cliché, has chosen the connotations of that post, that artificial light. Perhaps it feels safer under electricity than under nature. Perhaps she doesn’t want to sully the moon.
Her clothes aren’t what you might think. She’s no Julia Roberts in Pretty Woman, but then this isn’t Hollywood. It’s winter in an English seaside town. The rough bit. She looks like she’s rolled out of bed and pulled on a black woollen cape with grey patterning that is some vague adaptation of a Native American design. Something that could have been pulled round cold shoulders on vast wild prairies in another life but instead finds itself mass reproduced in New Look. She’s dressed for winter. I’m glad. I wonder what’s underneath. What concessions she has made to the fantasies of men. She looks lonelier than the drunks, though of course it’s presumptuous to think that just because she is standing alone that she is lonely, and that just because they are together that they are not. Our loneliness is not indicated by the proximity of other people.
It’s not that late. But it’s dark. As I near her, a plumber throws his tools into the back of his van and we, her and me, turn to the clatter of it, united in one brief moment of sensory reaction. He drives off. I can smell her perfume as I continue past. Like sweets soaked in liqueur. Innocent things poked by sharp tang.
It occurs to me she might be there to meet a friend. A real friend. But I don’t think so. Her eyes don’t say that. Her body doesn’t say that. All that I have heard about that road doesn’t say that. You can tell a lot about someone by the way they wait.
I want to say hullo, just so that if she is feeling in any way scared or doubtful or sad or judged about what she is doing there, if she is feeling like she has slipped a few rungs lower than she thought she ever would, if she is feeling transparent and naked and valueless, she has one friendly voice saying if only for a moment, “Whatever you do tonight, that is not all that you are.” But I don’t.
What circumstances keep me from that same decision, from that same act, from the repetition of that act, that choice, that feeling of no choice, from that life? How close might I ever come, if life wends a different way? If I sink a few rungs lower than I thought I ever would? We never know. That’s why snobbery is an unjust assertion of false values. A cruelty to ourselves and others. We are never as far from anything as we think. 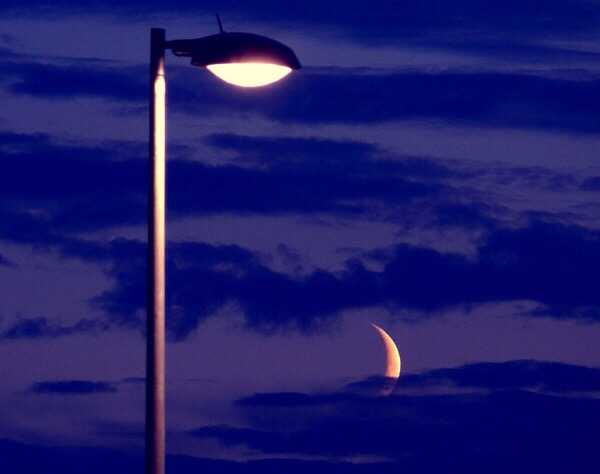