Not much wakes me up. I slept through the Great Storm of ’87, the Tsunami of 2004 (admittedly, the reason was probably that I was in England), and most of my lectures at Uni 1998-2001– particularly those of a hunchbacked spittler nicknamed Gladrags who tried to tell me my poetry would show such promise if only I stayed conscious. But something made me lurch from sleep this week, so I knew it must be important. I was tipsily lolling on a late night C2C back from a gig in the big smoke, and enjoying the background mumbling of the tracks and the chatter. I remember nothing of my friends’ conversation other than the mention of Belton Hills being raped for the sake of 16 beds. “WHAT?” They’d done the impossible. I was awake.

They reiterated that the proposed building on the site of the glorious fields near Hadleigh Castle was for a mere sixteen beds in a new Fair Havens hospice development, and for (a much more lucrative) conference centre. We all raged about it, then went home.

I’ve felt angry and sick about it ever since. Why build on this site, when there are so many other places? Why scrub out that patch of green that fills everyone’s hearts as their trains trundle in and out of the town, as they walk their dogs, as they play with their kids? Why encroach on that vast spread of ‘untouchable’ history which surrounds the castle ruins, which gives a sense of preserved calm and escape before you hit the built-up reality? Why take away something which can never be got back –so a select few families can comfort themselves that their relatives’ passings are somehow nicer because they are doing it in a former field? Why eradicate nature and beauty for a conference centre so that good-hearted workers of the hospice can be rewarded for their work by sitting in their meetings and staring out at the estuary – awkwardly ignoring the fact they have made a whole town that bit unhappier?

Some might say this is harsh response. It is harsh. Dying people deserve somewhere nice to do it – of course they do. But if everyone who has ever watched someone in their final stages of their lives was honest, they would say the environs outside the particular room they are dying in are pretty irrelevant. The administrations of death are pragmatic – they are not things of beauty. Once you get to the stage of needing hospice care, you are beyond demanding the silence of rolling hills and an unlimited view of the changing tides. The kindnesses you need are not big – like fields and skies. They are small – like a kind voice and a held hand.

A dear family friend of ours – Karen Eaton, one of the sweetest ladies I have ever known – spent her final weeks in Fair Havens hospice along Chalkwell Avenue. She complained of a stomach upset at ours one Christmas, and within a year she had been taken by a relentless bowel cancer. Her room at Fair Havens was all that it should have been. Roomy enough, nicely decorated, well-equipped; respectful of her condition and fate. I sat and watched my mum hold the hand of our friend who was barely recognisable as the person she once was, as she lay in silence, eyes closed, occasionally being fed water through a straw. Karen didn’t need an illustrious address to give her death dignity, she didn’t need views of fields and sky; she was beyond that, heavily drugged, and the curtains were shut. She needed solid regular care of her needs, and to know loved ones were simply ‘there’. She needed to not be in pain, and to not feel alone. Whatever else went through her mind is personal to her – but I would be willing to wager it was nothing to do with the fancy Chalkwell house she was in, or the proximity to the sea. These are merely things that look good in a brochure for possible clients – they are never important factors when it comes to those awful final days.

Karen’s favourite saying was ‘Love and Light’. She signed off her cards this way; she lived her life by its inspiration, and in the end, she needed only that. Love, and the light which came from whichever spiritual discourse she had with herself; the light of hope of what would come after the pain.

Fair Havens should know – should be better. And they should care for this town’s comforts in life as they do so well for those in death. Those fields – those views, those comforts to thousands – can never be got back from the claws of the diggers.

Decorate other rooms. Have a board room in some other functional place.
Stay away from Belton Hills. 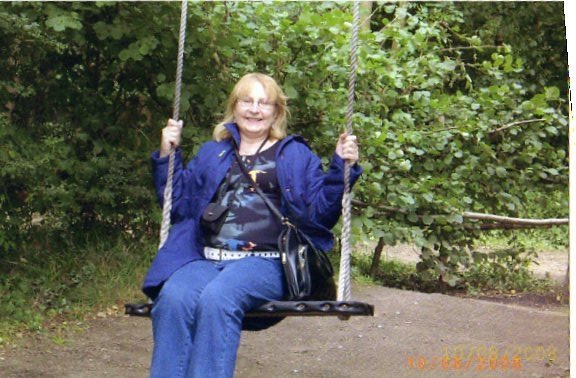