Say what you like about the world and all its faults but nature never stops giving you things for free. Nice views, food, inspiration, water… haircuts. Here’s a tip. Spend five minutes in a blackberry bush and come out with the best backcombing job since Barbarella and a compelling asymmetric blunt cut that will definitely glean a few looks if not actual admirers. Nature lavishes gifts upon you, and you get to give back by leaving a clump of your matted hair for birds to use as a winter duvet. The great outdoors is a big brilliant not entirely painless swap-shop.

I spent Sunday afternoon romping around the wild sea-blown hedgerows that snake through Wakering fields, falling away into the muddy marsh rivulets of the River Crouch, filling and draining with the tides. Our mission was sloe berries and blackberries for to stew head-pounding Christmas brews. My boyfriend hacks himself up in the hedges every year in this noble boozy pursuit. I was recruited as assistant berry-hand. I can do this, I thought. I am big into nature. I like leaves as much as the next person. I might have killed every plant I’ve ever owned within a month of having it but I have spent an inordinate amount of time saving suicidal snails in the rain. My dedication to nature is proven. Not many people can be bothered with snails. There was nothing to suggest I would decimate the bushes with my deathly presence alone, I just had to fill a bag with soft ripe berries begging to be picked before the birds pecked them to death. Easy. My black fingers would have no power here. Wild nature is well hard; it’s just houseplants that turn all namby-pamby on you, because they’ve been spoilt. It’s not my fault they’ve all died.

My childhood years of tomboying around the big parks of Leicestershire, the forests and overgrown quarries of North Wales, and the beaches and backyard alleyways of Essex came back in a flash as they always do. I threw myself into the mud and the thorns. Stuff going home with a bag of berries for christmas booze, I wanted to stay out for the full survival experience. I wanted to bind weeds into rope and weave it into some sort of sleep pod. I wanted to stitch huge spade-sized dock leaves together for tent sides and blankets and canopies. I wanted to pluck nettles and make a protective border against trolls. Dig deep traps and fill them with sharp bracken to fell chancing marauders. I am Enid Blyton regenerated as Bear Grylls. I am wasted on modern domestic life. Pit me into the wild and watch me not die. I can do it.

I don’t mind the sting and scratch of the delving arm. I don’t mind my face being whipped by defensive branches. I don’t mind going home ruddy-cheeked, bush-haired, thorn-pricked, bracken-nipped and sore. It’s nice. Getting stuck into something is meditative. I like the little questions that come from those quiet moments face to face with a tight entwinement of bushes and trees. Will this pretty red berry kill me if I lick it? Why are these leaves so soft, and these leaves so crunchy? How did this butter-shelled snail get six feet up in a hazardous dog rose bush? Did it slowly slide its way up, millimetre by millimetre, leaf by leaf, just to get a different view of the ground? Are snails dreamers, chancers, or do they just get lost a lot? Or did it hitchhike up there in the beak of a friendly bird? Lovely little mysteries. Nature might give you stuff for free, but it doesn’t always give you the answers and that’s good. 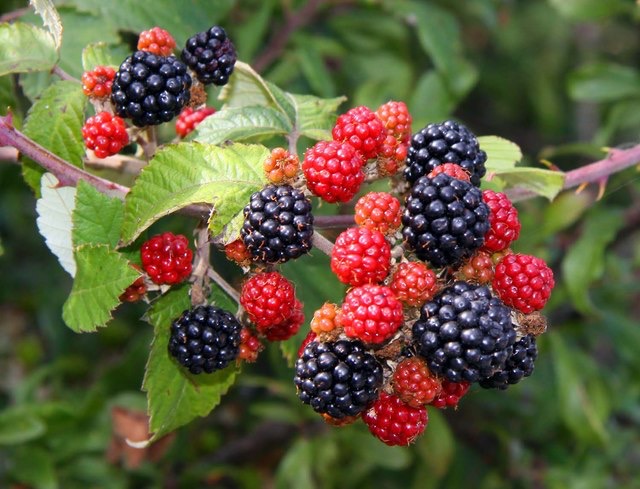 6:07am. Ok. So the wall just moved. I am officially awake. Listening to the battering wind outside and blinking. The house is juddering gently, my old wooden bed against the attic wall making the occasional shift. Like jelly on a table at a party as twenty lunatic children roar past high on sugar, setting it a-wibbling. But a bit scarier, when it really quakes. A bit ‘The Exorcist Lite’, like the devil is dry-humping our houses instead of our daughters.

Nature’s got some moves, hasn’t it? We forget that a bit sometimes, living in Blighty. We get a sort of milder-mannered version of everything. Even our rain has a sort of apologetic English quality when it’s pouring. “I’m so terribly sorry about this, chaps. *SOAK* I feel really quite awful about it. *DRENCH* I’m just going to get this last bit out and then we can can all have a cup of tea and crack on. *HAMMER*” Exotic monsoons aren’t like that. There’s no apologies in India or Venezuela; just relentless torrential soaking, rain falling solidly on everything, like Nature has a hundred thousand feet and is kicking off all its shoes at once. Thwack. Water can be so gentle and so soft, and so pummellingly hard. Violent. Unapologetic.

Nature likes the night-time too. It does a lot of its big work at night doesn’t it. Snow, rain, wind. They all seem to prefer shaking their tail feathers in the dark while we sleep before slowing down for the day.

I slept through the hurricane of, when was it, 1987? Did that one have a name? I don’t remember. Woke up to the street looking like God had been playing dominoes. Fence panels all felled through our back gardens by a big finger flick. I don’t believe in God, but when you wake up from a storm and see the mess that’s been left your imagination leaps a bit to God, registering the unexpected scale of it all compared to what you’re accustomed to. We attribute the force somewhere, even if only for the tiniest flickering moment before remembering to credit Nature. Mum couldn’t believe I’d slept through it. For years afterwards she’d joke that I could sleep through anything. We walked to the park the next day and sat on the trees, now lying down flat with broken limbs like Somme soldiers. Dead trees. They were just logs now, not living beasts. I sleep through less now, am woken by more. Is that getting older; not wanting to miss anything? Does the body shrug off its need for sleep because we are not growing anymore? Because we’re adult-sized and our brains instead turn to face the downward slope?

So this is Storm Katie. A lot of hurricanes seem to be named after women. I wonder why. In so many things of this manmade life we are denied force, but in weather we are seen as mighty, and treacherous. I think of one of my oldest friends. Katie. She’s just lost her mum. She must feel like railing like this wind outside. I haven’t seen her yet. Haven’t been able to hold her, like she held me when I lost Dad and everything inside was turned over by a tornado. I hope a piece of my love gets taken to her whipquick on the wind; somehow quicker a messenger than the technology I’ve been typing my condolences out on; more tangible the love than light and pixels.

I’m thinking of that little girl now too. The poor little thing that got whipped away by the wind, not far from here. Playing alone on a bouncy castle. One big tug enough for her to take her away forever. I’m not sure I’ve ever heard a story quite like that, not round here. There must be strange and terribly sad cases like that going on all around the world all the time, little deaths in the great swipes of Nature. But when it’s local it feels bigger. Closer. Crueller. Scale; our feelings respond to scale, and proximity.

It seems to be dying down a bit outside now. Can’t be too bad because a plane just snuck by overhead. They’re not allowed to fly if it’s too bad, are they. Unless it’s been blown from its runway moorings at the airport and is soaring sans engine like an origami bird.

I might try and get another hour’s sleep if I can. 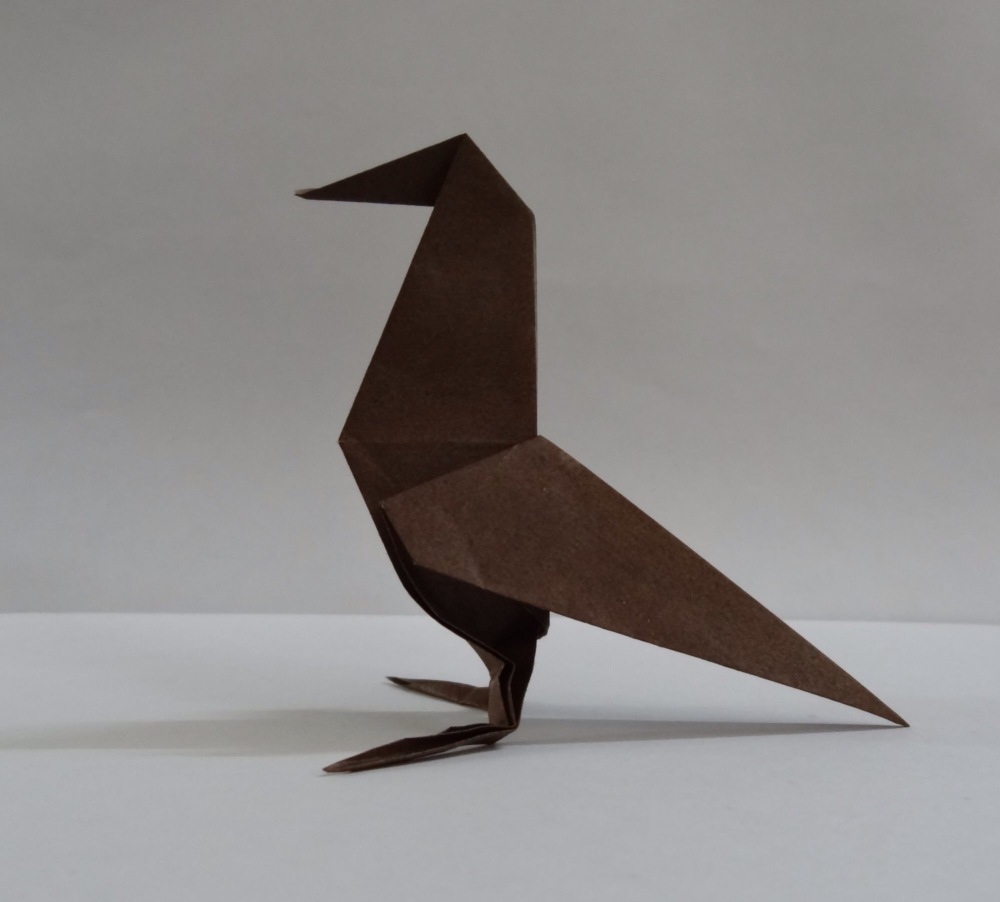