From time to time in any job it sometimes becomes necessary to employ the use of thought. In some strange spheres thought is even demanded on a regular basis. I would imagine day-dreaming during brain surgery is seriously discouraged – and doodling in the middle of a tattoo isn’t likely to earn you a tip – a spontaneously etched smoking chihuahua in the middle of an ‘I Love Mum’ garland would in fact probably lose you the tip of your phallus when Bob ‘Knifey’ McGinty comes to and realises what you’ve done. Yes, every now and then us dysfunctional dreamers are advised to concentrate.

I did a ‘job’ last week that I felt completely unnatural doing. I got paid to abandon thought and care, and to act like a bit of a nob. It was surprisingly hard. As a performer, the one thing I have always shied away from is improv. It scares the willies out of me – perhaps because my heart lies in writing and I like to hide behind these considered curlicues of thought. Writing is quite cowardly really. None of you can see me as I write this, stretched out on my bed in mis-matched pyjamas, naked in my musings and insecurities, with a spot on my cheek the size of Basildon. I can think, and type, and ever-importantly, I can delete. I panic when asked to do stuff on the spot; to just go with it and “feel the moment”. I can’t bear the thought of being rubbish at it, at not creating something ‘good’.

Last week I did a show called The Phill Jupitus Experiment – which was essentially a bespoke improv show designed by a wonderful comedian named Deborah Frances-White to mess with Phill’s head, who rocked up at the theatre not having a clue what was about to happen. The phwoarsome Russell Tovey and I were the goons employed to play scenes around whatever was thrown at us. Russell is a proper actor who’s been in loads of excellent stuff, and Phill has been the master of making things up in front of people for as long as he’s had a nose. He’s as comfortable on a strange stage as he is in his own armchair, and is master of the absurd as much as he is master of his dog. I tried not to waste time muddling over my own thoughts; “What the frick am I doing here?” being the most insistent. I looked at the small tattoo of flocking birds on my wrist and remembered that it was there to remind me to be brave. So I had a beer and put some lipstick on.

One of the only rules of improvisation is ‘accept and build’ – meaning you never say no, you never block another performer’s idea, you go with it and support each other. And see what trail of lunacy you end up on. Day-dreaming and doodling with the mind become valuable skills. My life-wench and improvisor extraordinaire Sarah Mayhew has often briefed me in the bullet-points of the art. I have watched her many times make something out of nothing on stage; that girl could turn a clanking oil-rig into a candle-lit Strauss ball. And here I was, woefully under-qualified, up on stage with two dudes at the top of their game. Holy Eff.

The show was fantastic. Phill was led from scene to scene by nothing more than a voice from the darkness, and people followed him like sheep with lanterns tied to their tails. There were funny scenes, and poignant scenes, and all of them born out of tiny sparks of the brain, spontaneous frissons of ideas bouncing between everyone. I had nothing to type on. It was writing on the spot, and there was no delete button. “Accept and build.”

There is something excruciatingly honest about staring out at an audience of hundreds of people, and – while cranking the illusory mechanics of character and craft – also holding a metaphorical placard bearing the truth: “I have no idea what I’m doing.” People respond to its vulnerability. Aside from wanting to be entertained and possibly moved, they also like knowing that you, like most people, haven’t got a clue what will come next.

Is Improv, then, the most honest, and thus liberating, art form? Life is an unplanned show, with unexpected scenes, and voices from the darkness, and the denouements aren’t neat. There is no Artistic Director making it all come together.

Perhaps there is only one clear rule. We just have to get up and see what happens. But the ‘getting up and being brave’ bit is the most important, because you can never be sure what beautiful scenes will come next. 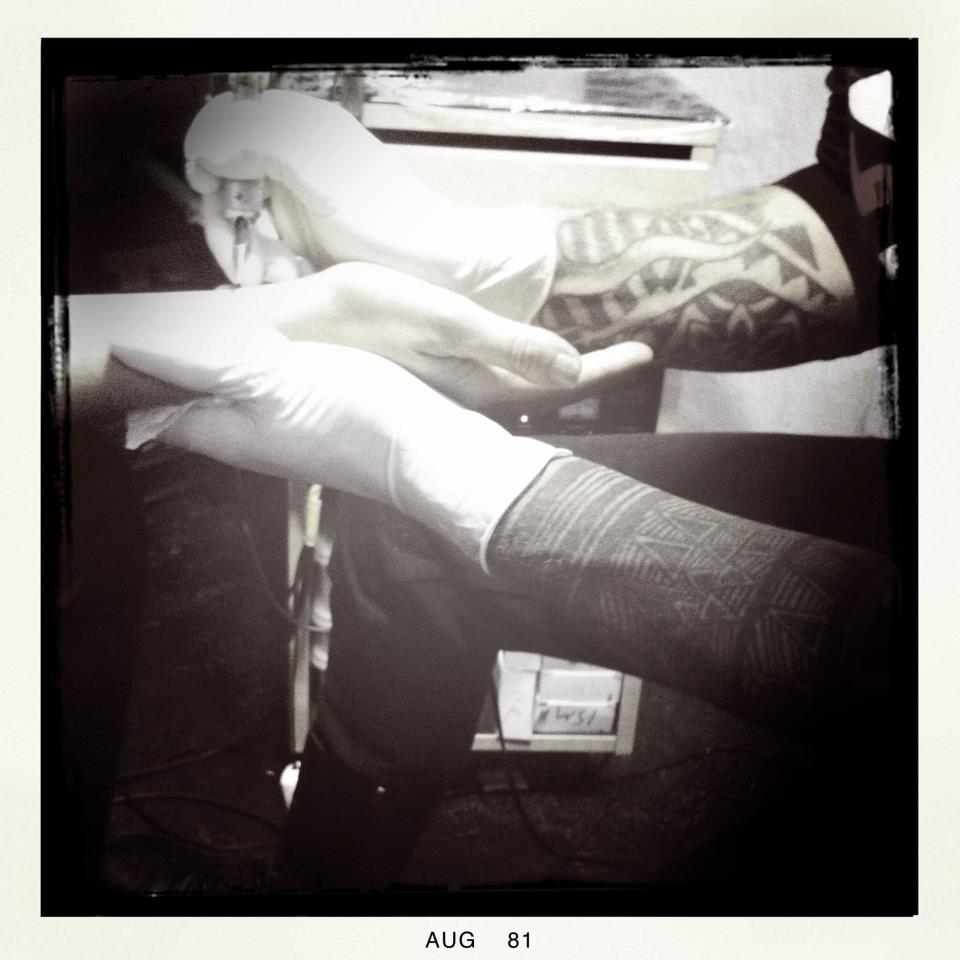